Cookery with a View 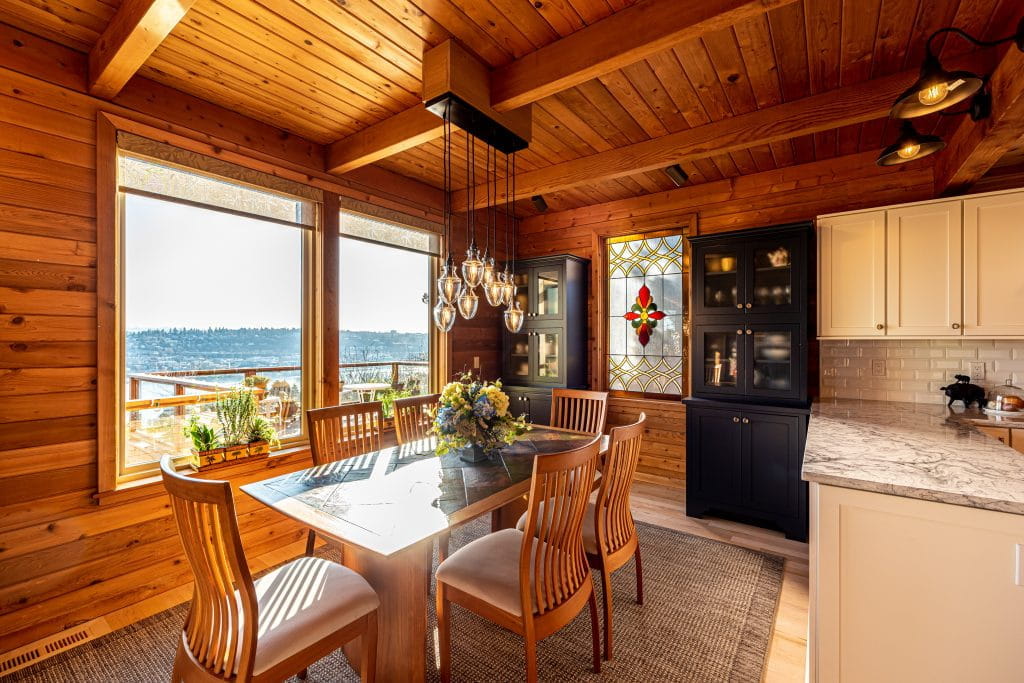 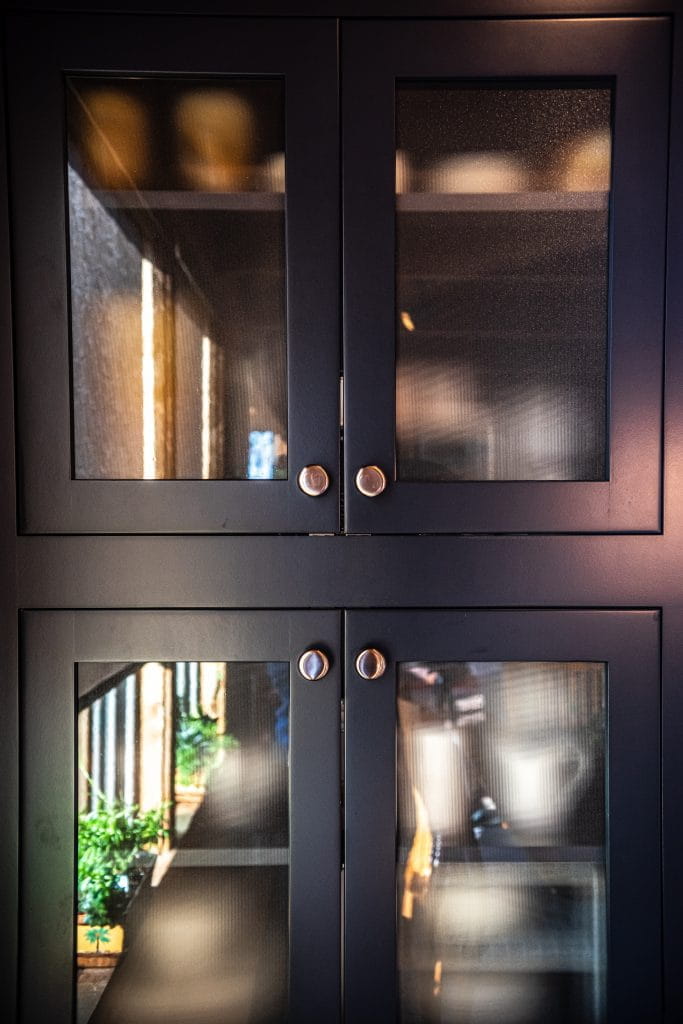 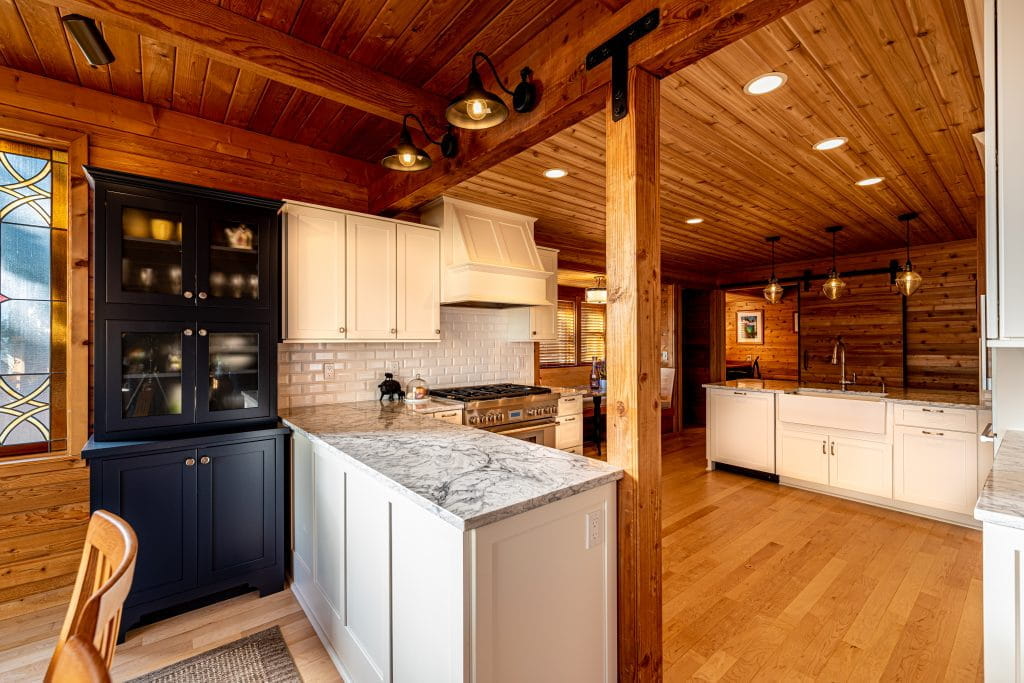 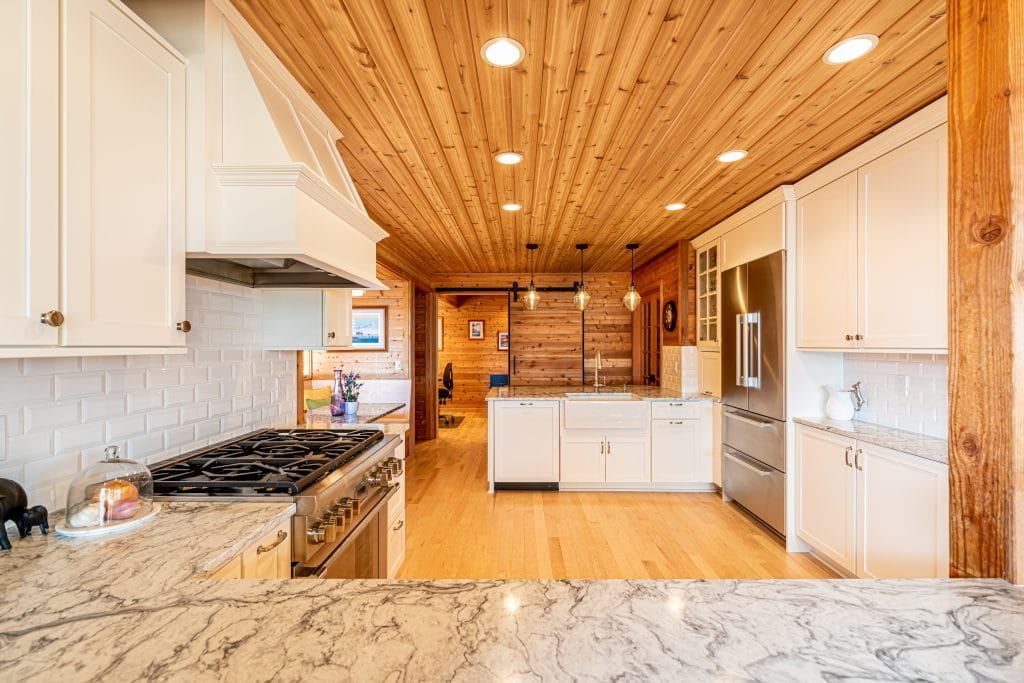 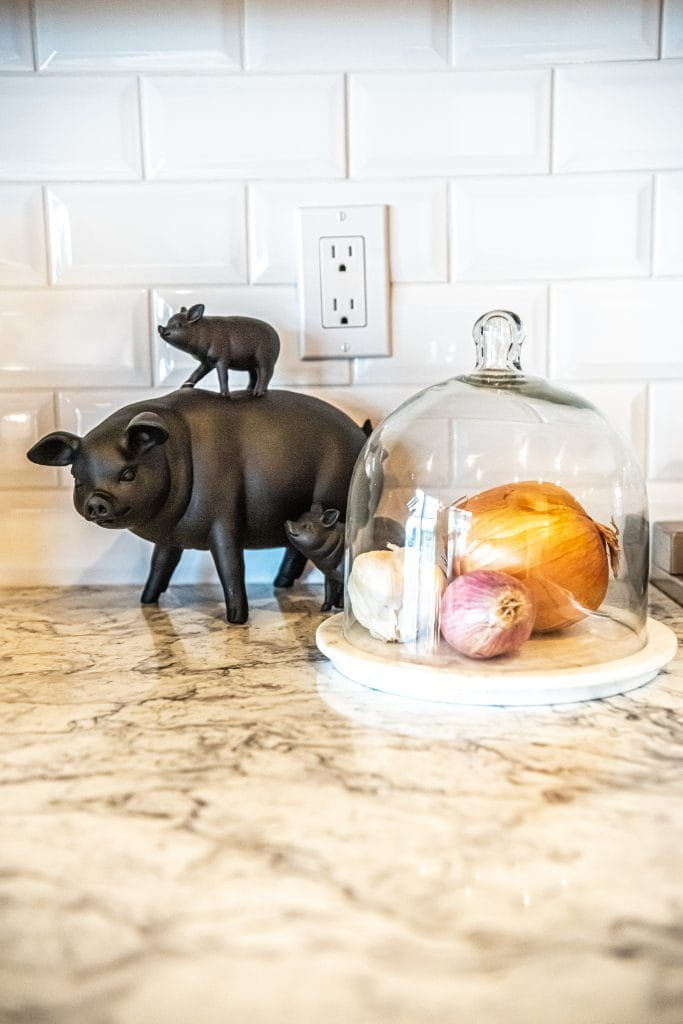 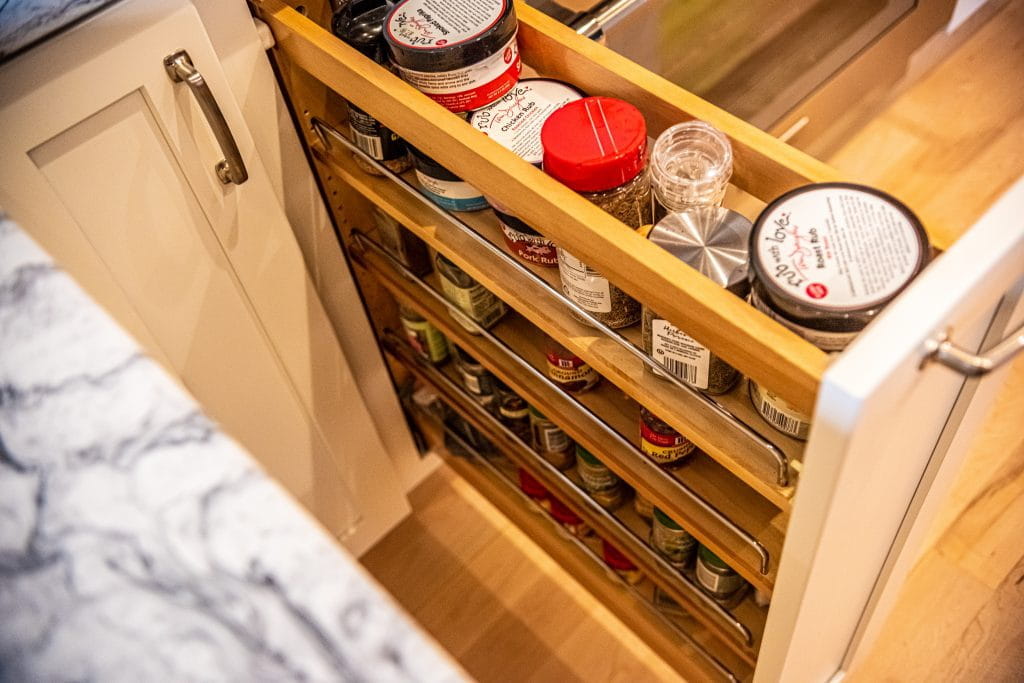 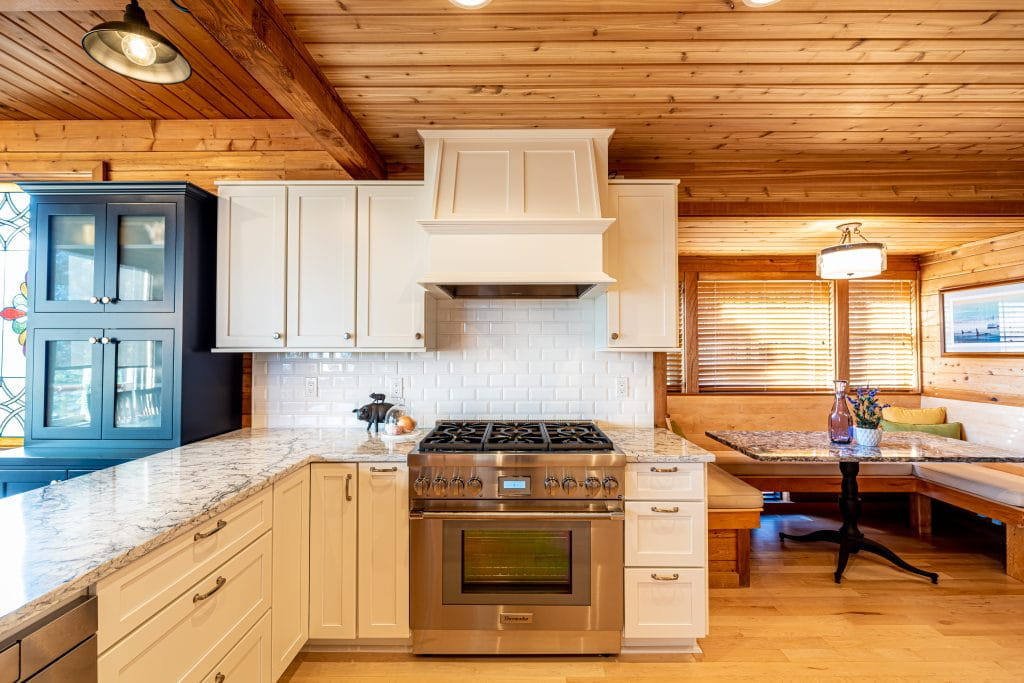 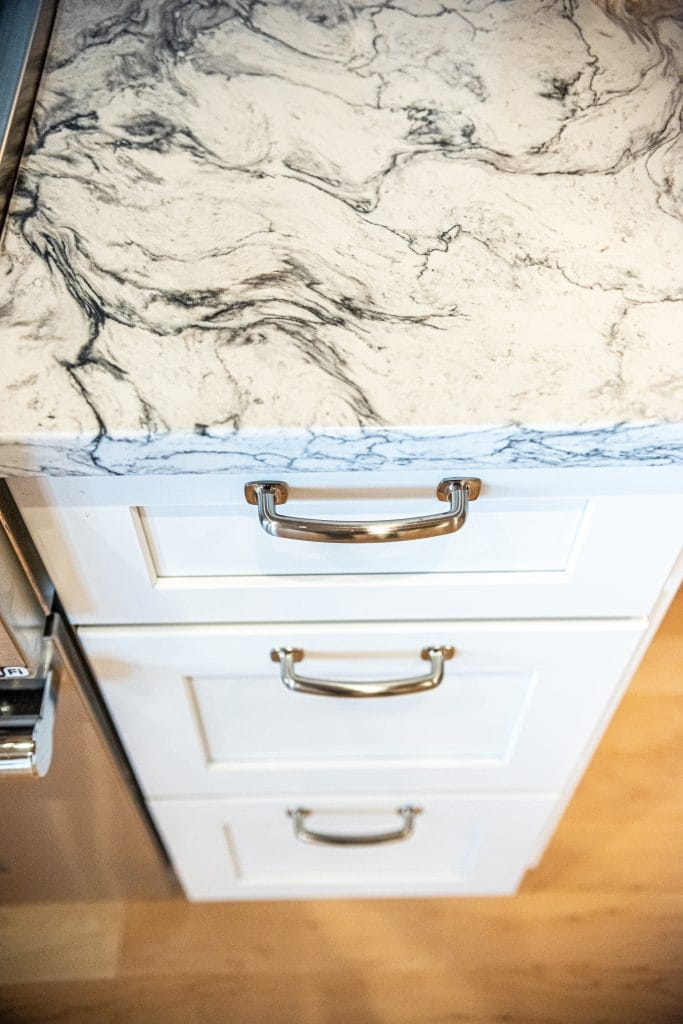 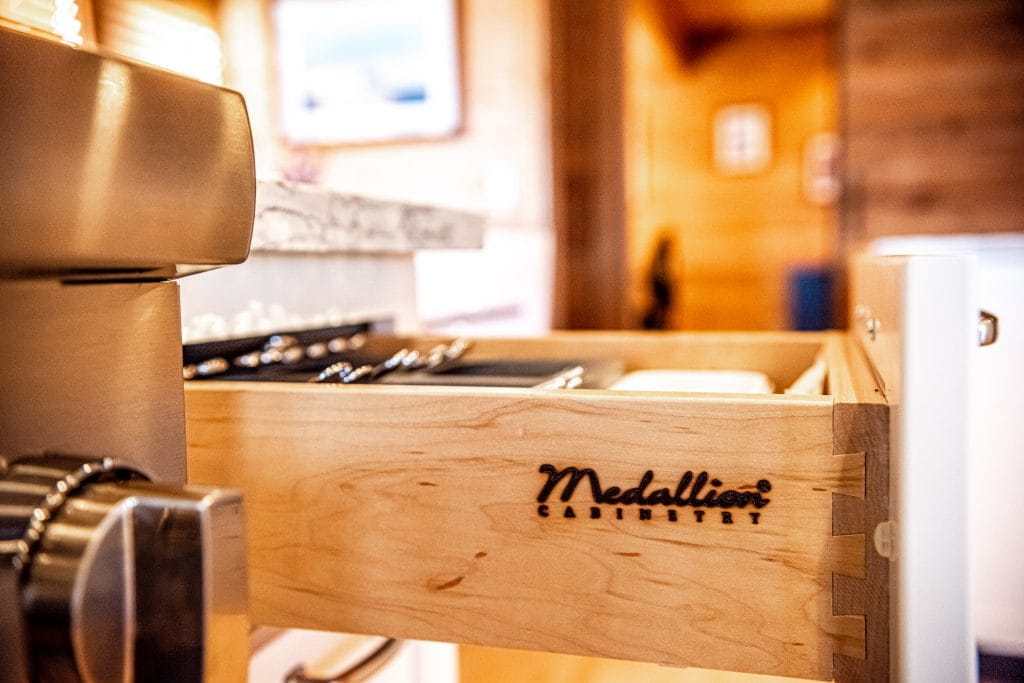 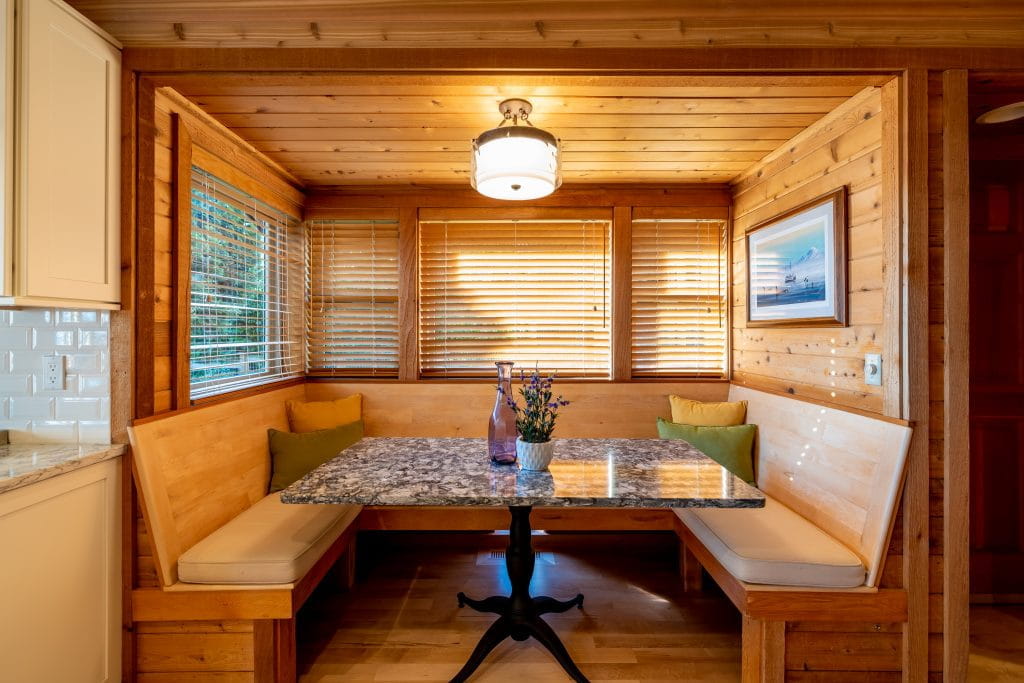 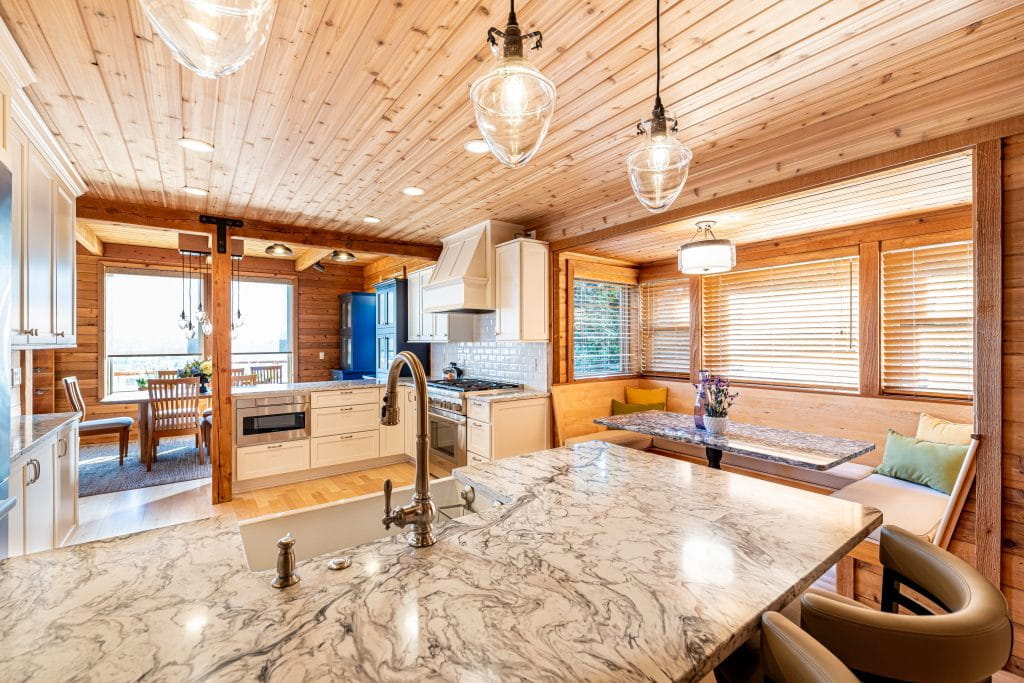 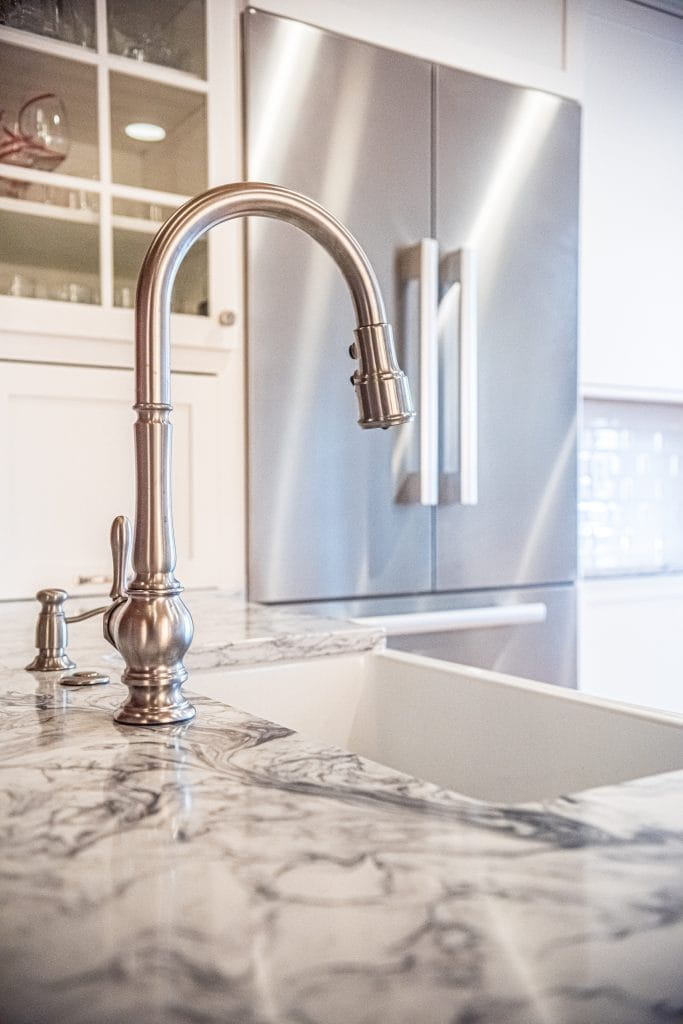 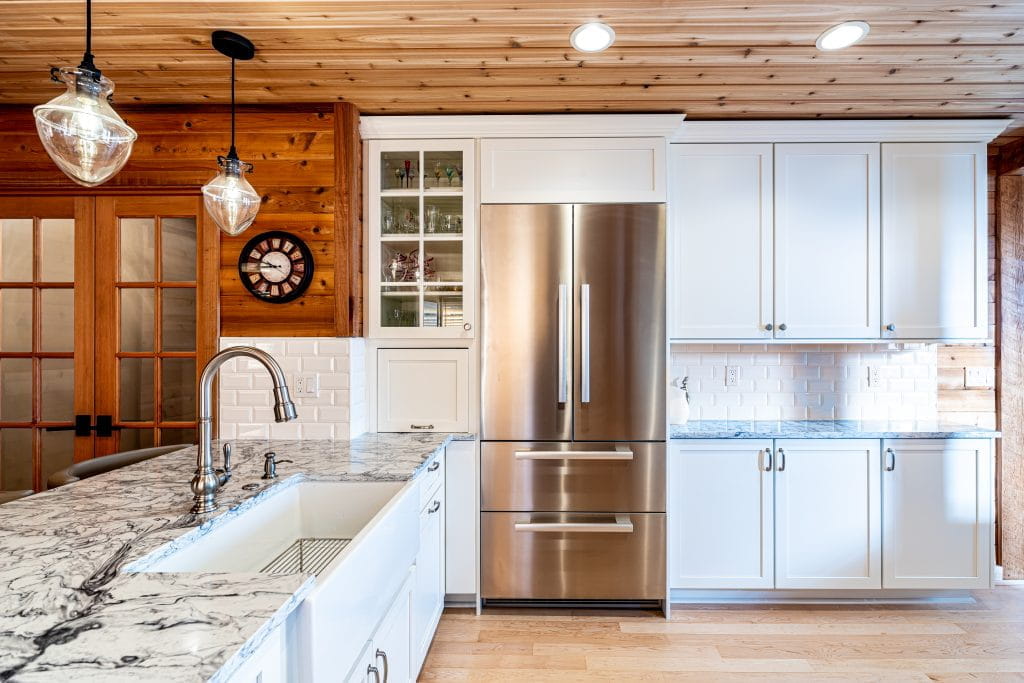 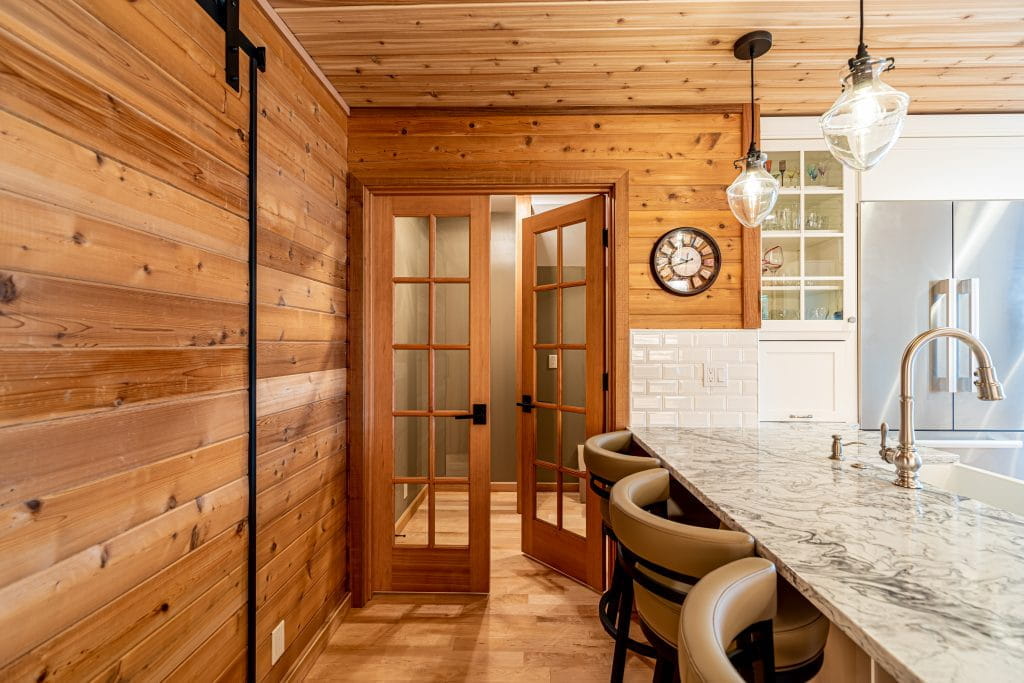 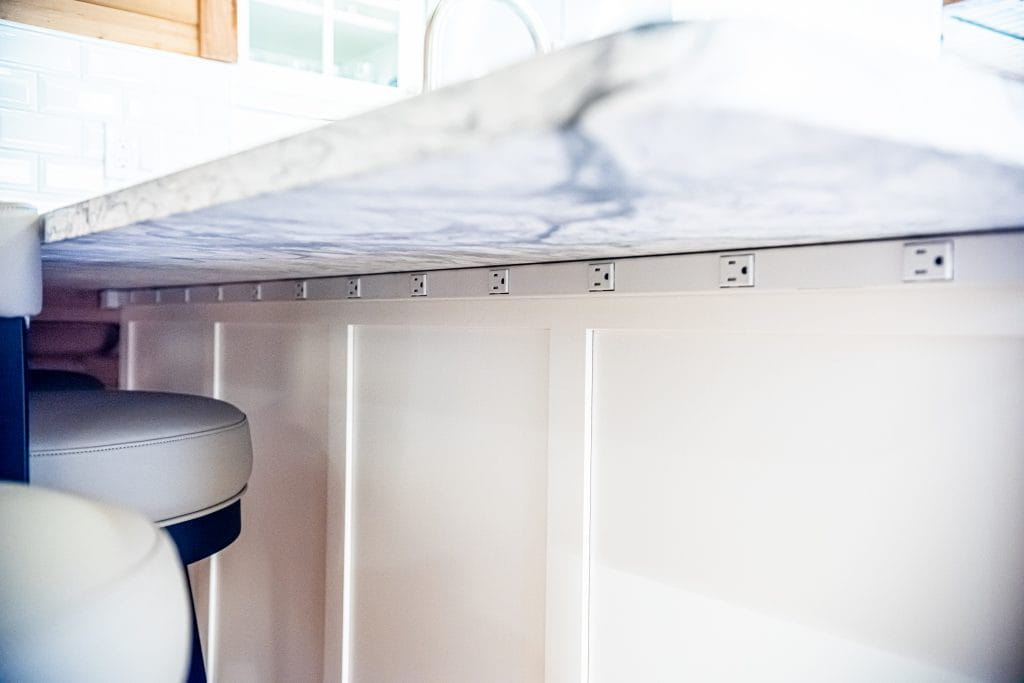 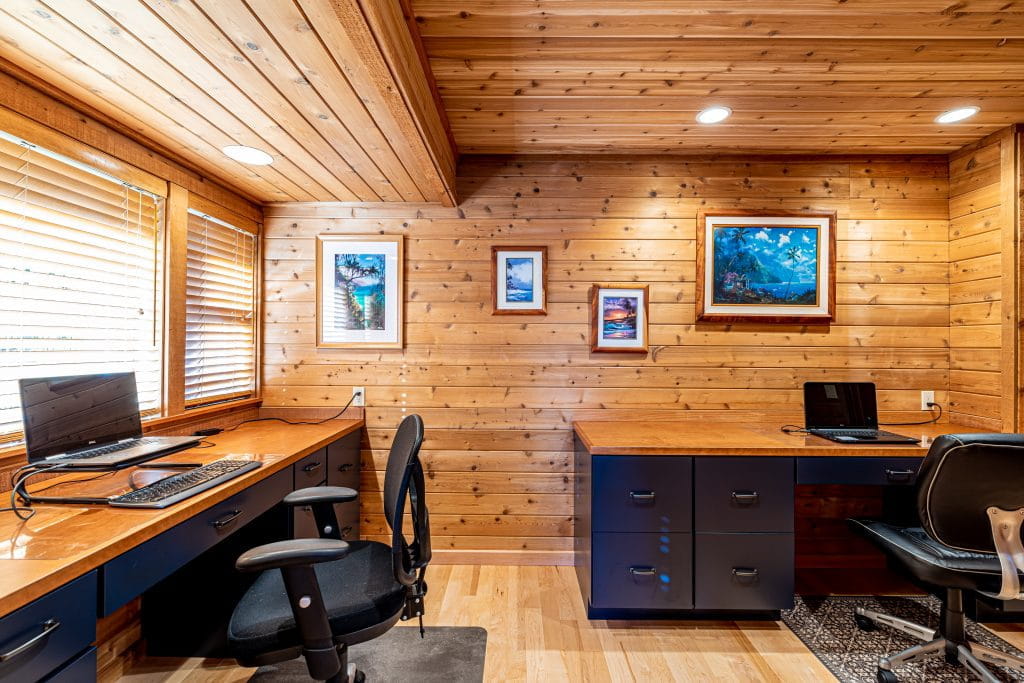 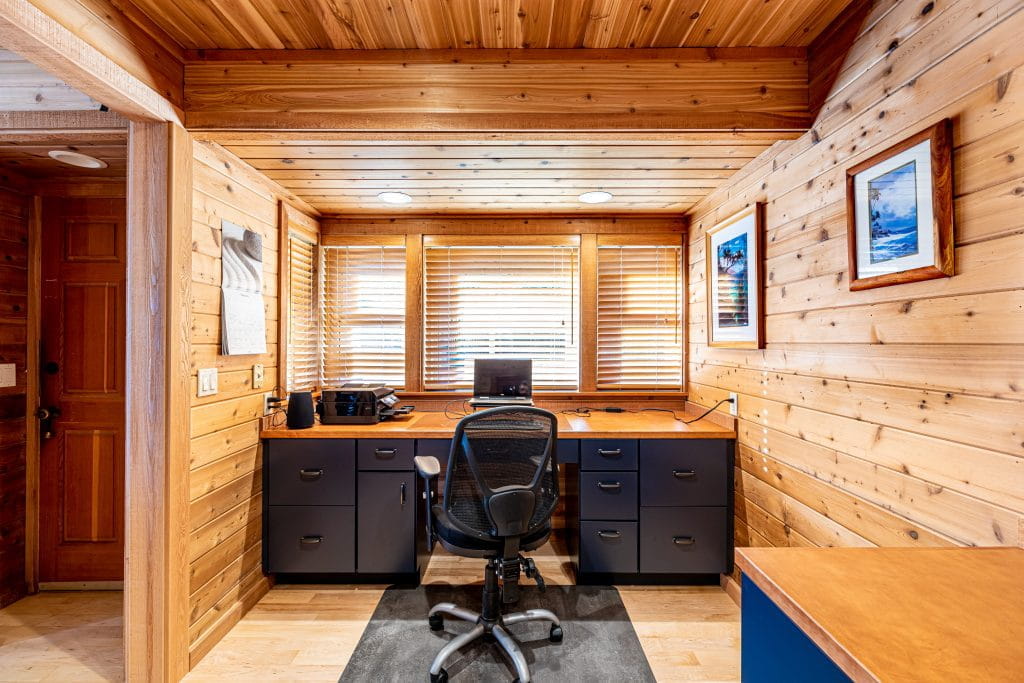 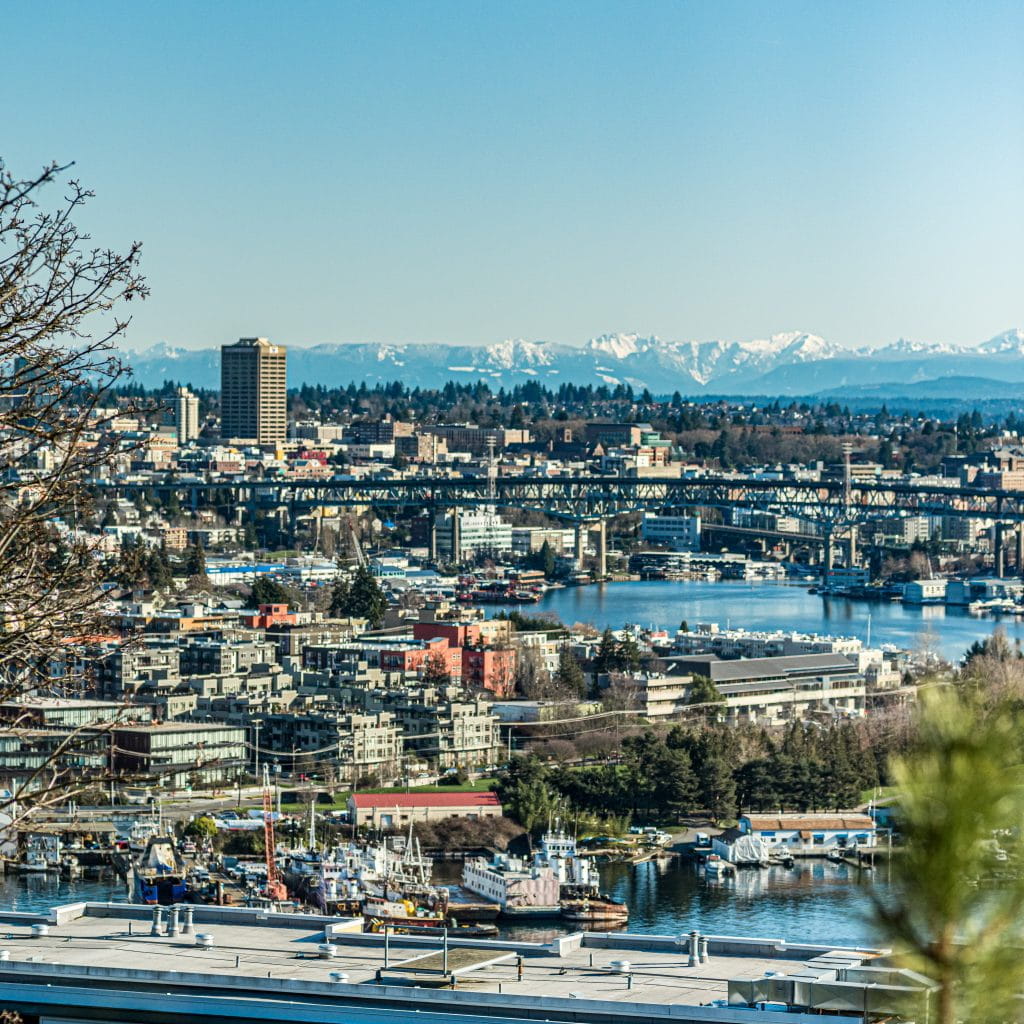 This unique home on the side of Queen Anne Hill features a beautiful panoramic view of the Seattle- spanning from Gas Works Park to the Space Needle. The home was built in 1977 since then has undergone an addition, but never a remodel. The existing kitchen had plywood cabinets and counters that were in great shape for being so old- but the owners wanted to modernize it and find solutions to some functionality issues. Each interior wall of the home was also created with cedar ship-lap. There was not a sheet of drywall anywhere.

They brought us in knowing that they wanted to make the kitchen larger by incorporating some dead space that was behind it between it and the office space. They also did not like the tall counter that separated the kitchen from the dining room. Right from the beginning, we knew we were constrained by the existing beam and posts that were on both sides of the kitchen. We were able to design around the ones near the dining room, but in order to expand the rear of the kitchen, we had to re-work some the structure and install a flush beam. We also updated the existing Simpson brackets from beige to black.

To help modernize the kitchen, but keep the character, we first looked at replacing some of the cedar planks with drywall, but it didn’t work. So instead, we kept the cedar and added white cabinetry with a matching wood hood. New stainless appliances paired with modern vintage light fixtures and a traditional farm sink created a mix of old and new. Removing the back wall allowed us to better define a real pantry and create an easier path to the office. We were able to re-organize the kitchen so multiple people could work and also added seating near the sink so guests can sit and conversate. We used classic subway tiles with a modern bevel and engineered quartz counters to add texture. In the dining room, we installed two classic blue hutches featuring inset cabinet design, mist glass and a valance toe-kick at the floor. The banquette in the nook stayed as original but we built a new table with a cast iron base and quartz top. In the office, we installed new built in desks with wood tops that added some color and also blended in with the wood walls. The owners are thrilled and can’t wait for phase two!